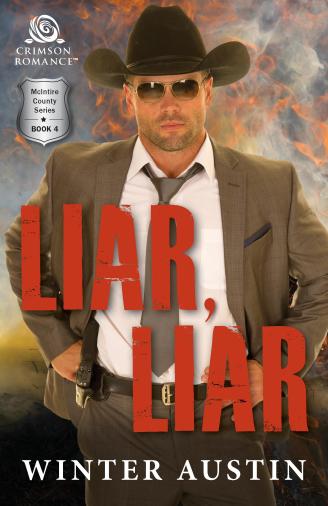 A cowboy sheriff and a by-the-book FBI agent team up to solve a string of murders and arson in this satisfying, slow-burning McIntire County series finale. Returning to Eider, Iowa, wasn’t in FBI agent Liza Bartholomew’s game plan, but when word reaches her that an elusive scam artist she’s been tracking for years was spotted there, she heads south. Vengeance for his victims and her career are on the line, and she won’t rest until justice is served. However, Eider’s sheriff makes for one big roadblock. Between the fallout over his recent close re-election, two gruesome homicides, a rash of arsons, and personal grief weighing on his soul, the last thing Shane Hamilton has time for is a determined FBI agent in his county. But when it becomes evident that the crime wave and her case are intertwined, Shane makes a bold move that flies in the face of his longstanding vow: He gets close to Liza to share professional and personal secrets. As the body count mounts, Liza and Shane find themselves and everyone they love in the immediate crosshairs. What will they sacrifice to stop the cold-blooded killer in time? Sensuality Level: Behind Closed Doors

Slow romance which was a nice change of pace and I enjoyed watching these two fight their feelings and fall in love. Did not see the ending coming and was pleasantly surprised. Liar, Liar is book 4 of the series which I have not read yet and is written in a way that you’re up to speed, you’re not lost by not reading the first 3 books, and a feeling of connection to the characters.  This is the first book I’ve read of Winter Austin and I will be checking out more from her. Good twists, mystery, and suspense. Keeps you turning the pages.

Thank you to the author for providing a ecopy for review.

Enough time to move on, to forget what happened that night sixteen years ago. Yet the anniversary would roll around and he couldn’t stop the binge. Sipping on those memories, downing them one after another, drowning in them until he was drunk. Letting her take him to a dark place in his soul he could never purge. By dawn’s light, he was left wasted and broken, a shell of a man, lying on the floor. Another piece of his soul lost, buried with her in that cold, dark hole.

Shane Hamilton had lived in this hell for so long, it became a ritual. Every April he prepared for it, taking off the day of and the day after. Even during those bleak six years where he was dodging bullets and bombs, he was swirling in a black abyss. This year, the anniversary fell on Saturday.

Hands braced on the tile walls, he watched the water snake along his body and pool at his bare feet. No matter what effort he put in to cleansing his body, or mind and soul, the water never baptized him from his sins.

Shane gripped the diamond ring, ceasing its merry spin, and flattened it to his chest. The emergency room doctor had removed it from her finger and given it to Shane, pity gleaming in the man’s eyes. The doctor’s fingers were heavy as they pressed the ring into his palm; the memory of the band’s slick feel from the blood was branded into his palm. From then on, the ring dangled from a chain around his neck, settling in a place near his heart. A reminder of what he lost in a moment of stupidity.

The jangle of his phone drifted into the bathroom. In the last half hour, he’d heard it go off five times. Lifting his face to the spray of the shower, he commenced with continuing to ignore the persistent caller.

A thrumming ache wove through his muscles and seeped into his bones. Too many years on the rodeo circuit riding some of the rankest broncs and his multiple tours in the Sandbox had left behind a different kind of pain he easily remedied with a few aspirin. Though it was getting difficult to ease the hurt, especially after a night spent on a hardwood floor. Shane turned fifty next month, but felt all of seventy.

Finishing his poor man’s shower, he shut off the faucet and then stepped out of the stall. Once more the old-fashioned telephone ring of his cell phone reached him. Toweling off, he turned his back to the open door.

Sunday morning rays peeked through the gaping brown, plaid curtains. Before passing away, his mother had decorated her little haven with homey touches only a cowboy like himself would enjoy. She had done it because she missed her husband—who passed two years before she did—and for Shane, who was to inherit the family farm. His mother must have believed in her heart that he’d leave this world as a bachelor, never daring to step into that minefield of love again. In reverence to his saintly mother, Shane hadn’t changed a thing.

He wrapped the towel around his waist, and then staggered into his bedroom to dress.

Avoiding the bed with its twisted sheets, he pulled on a pair of jeans and skipped his duty shirt. Today was a dark blue, plaid shirt kind of day. Finger combing his tightly coiled hair, he stepped into his boots and carefully picked a path down the hall. Each step sent flares of pain up his spine. It might be time to consider taking up Doc Drummond on his offer to make an appointment with an arthritis specialist in Iowa City.

Shane removed the half-full coffee pot from the warmer and slowly poured a cup. Lifting the stout mug to his lips, he inhaled the aroma of dark roast and then sipped the strong brew. During his travels all over the world, Shane had fallen in love with Community coffee in Louisiana. He sniffed, reality punching him in the gut. Louisiana had been his little trick rider’s home state; Community had been her favorite coffee. And what she’d loved, he loved, too.

Today was going to be rough. He had to find a way to get past this.

Rummaging through the cabinets, he upended a box of Pop-Tarts and snatched a package. Tearing into the foil with his teeth, he grunted as he bit through both pastries. Almost fifty and still eating like a kid. If she could see him now, she’d probably laugh.

His phone went off like a banshee. Damn it to hell and back! He made a crooked path to the table where the infernal machine continued to squeal. Seven missed calls and eighteen text messages glared at him.

“Shit.” He stabbed a blunt finger at the speakerphone icon. “Murdoch, this better be damn important to interrupt me on my sabbatical.”

“How damn important is it to you that there’s a body in the river, boss?” 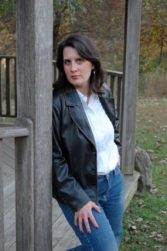 Winter Austin perpetually answers the question “were you born in the winter?” with a flat “nope.” Living in the middle of Nowheresville, Iowa, with her husband, four teenagers, and two crazy dogs, Winter is trying to juggle a job while writing deadly romantic thrillers.