LIE TO ME By J.T. Ellison

Domestic noir at its best. Readers will devour this stunning page-turner about the disintegration of a marriage as grief, jealousy, betrayal and murder destroy the facade of the perfect literary couple. New York Times bestselling author J.T. Ellison takes her exceptional writing to a new level with this breakout novel.

They built a life on lies

Sutton and Ethan Montclair’s idyllic life is not as it appears. They seem made for each other, but the truth is ugly. Consumed by professional and personal betrayals and financial woes, the two both love and hate each other. As tensions mount, Sutton disappears, leaving behind a note saying not to look for her.  Ethan finds himself the target of vicious gossip as friends, family and the media speculate on what really happened to Sutton Montclair. As the police investigate, the lies the couple have been spinning for years quickly unravel. Is Ethan a killer? Is he being set up? Did Sutton hate him enough to kill the child she never wanted and then herself? The path to the answers is full of twists that will leave the reader breathless.

Available in Paperback, Hardcover, and eBook

J. T. Ellison’s LIE TO ME is psychological thriller dealing with a couple’s love hate relationships, family relationships, betrayal, and murder.  Ellison’s two protagonists Sutton and Ethan Montclair deal with issues involving their personal and professional lives. Both Sutton and Ethan are successful authors dealing with a stressful rivalry.   Sutton’s success and Ethan’s writer’s block are only the beginning of the intrigue J.T. Ellison creates in her fast moving storyline.

On the one year anniversary of the death of their child, Sutton’s and Ethan’s relationships deal with each suspecting the other of being responsible for the death of their child.   When Sutton disappears, Ethan faces the rumors and innuendo of family, friends, and neighbor gossip speculating on Sutton’s disappearance.   Ellison helps her readers follow the investigation uncovering Sutton’s family secrets, secrets found in Ethan’s past, and the tangled web of lies and innuendo of those close to the Montclairs.

The author takes her readers on a whirlwind ride in the Ethan’s and Sutton’s past unraveling secrets of both of their pasts.   Ellison adds twists and turn and direction changes so fast readers have to fasten hold onto their seats to see where the fast moving plot goes next.  Ellison creates strong support characters giving readers their history when she brings them into the storyline.  Readers begin holding their breath at the beginning of Ellison’s story and don’t seek a breath until they get to the last page.  The author uses the cast of characters to keep readers guessing as to the identity of the antagonist.  She makes her readers ask the question, “What will happen next?”  Each dramatic change of direction increases the pace of the LIE TO ME. Ellison’s new standalone mystery is a must read earning a five-star ranking. 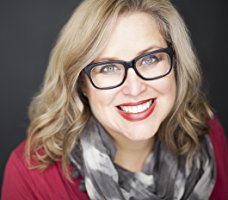