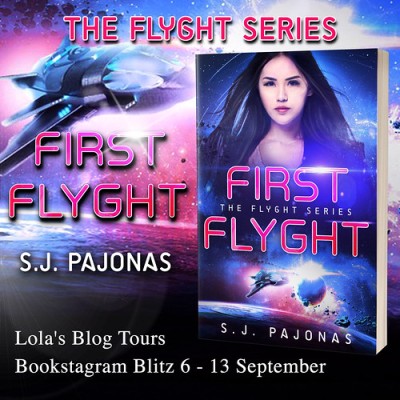 99cents sale!
First Flyght is the exciting first book in S.J. Pajonas’ new Flyght series. It’s only 99 cents for a limited time only. You can buy your copy here.

Blurb:
Her future is brighter than the stars. But one betrayal will change everything…

Vivian Kawabata can’t wait to claim her privileged destiny. But when the heir to the family agricultural empire finds her bank account empty while shopping for expensive shoes, she’s horrified to discover that her own brother has financially stabbed her in the back. To stand a chance of restoring her rightful place in the universe, the honest and rule-following Vivian may have to break a few intergalactic laws.

After securing an old ship from her aunt, Vivian takes on two new roles: a sexy heiress collecting eligible husbands and a hard-nosed captain rebuilding a lost fortune by any means necessary. Completely out of her depth, she’d be sunk without the help of a relationship broker, a handsome ex-boyfriend, a hacker with a heart of gold, and the other potential partners she meets along the way. With a business that runs the razor’s edge between trade and smuggling, can the former high-society socialite get the money she needs or will her brazen ambition lead to a deadly crash landing?

First Flyght is the first book in the Flyght Series of sci-fi reverse harem romance. If you like action-packed space operas and a universe full of twists, then you’ll love S. J. Pajonas’s interstellar adventure. 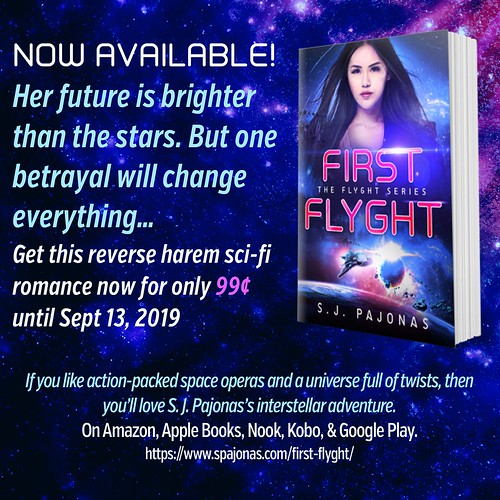 You can find First Flyght on Goodreads 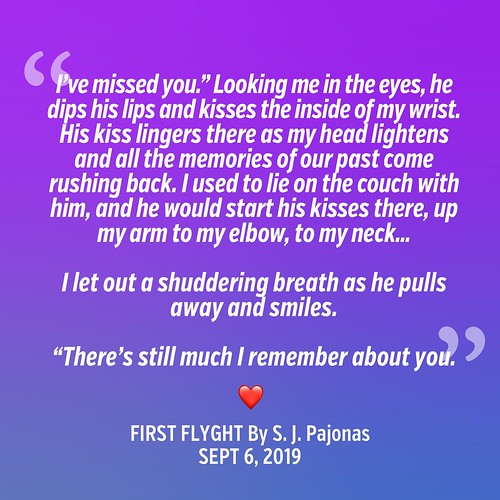 Excerpt:
“How will we get shipping contracts if we can’t get a license?”
Skylar rubs her hands together. “Times are changing. The STRA doesn’t run everything anymore. There are two startups out of Palo Alto, Ampla and Flyght, that have found a way to match smaller customers with smaller ships. Independent contracting at its finest. We just need to get in with one of them, and we’ll be set.”
“I… I really need a chair to sit down,” I say, my voice shaking. One of my cousins runs into the next room and brings in a side chair from the smaller kitchen table.
“Flyght. Really?” I plead to Mom and Aunt Fusako as I sit. “I can’t believe you’re even suggesting it after all I went through.”
I did my finance degree first in my early twenties on Rio, the other major metropolis planet in our system. I was young, and it was my first time away from home. Naturally, I met a boy in class, and we fell in love. Ken Mata wasn’t anything extraordinary, but he was tall, handsome, kind, funny, and smart, and he was mine for a short time. I can still close my eyes and see his swoop of hair and the beautiful body he cultivated playing football in every spare moment he had.
My parents, though, were not so in love. He came from a poor family with no real prospects for an alliance, and I was “too good for him.” Ugh. I hated that stuck-up and pretentious attitude. I never saw myself as better than anyone else, but my parents saw differently.
When Ken and I got our finance degrees, he begged me to move to Palo Alto with him, to run away for love. He even proposed with a ring and everything. And I wanted to go. I wanted to marry him. I really did. But my parents threatened to disown me and hand the farm down to one of my female cousins. I agonized over the decision, but I chose my family over Ken. He left, brokenhearted and angry, and I returned to Ossun to get my second degree. It took me over a year to break out of the cycle of crying every day, and I’ve barely dated anyone since. One or two guys have come into my life and then flitted right back out.
Ken, though, turned out to be plenty talented. He took his finance degree and started Flyght, the hippest and most financially solvent startup in the last five years. I’ll never forget seeing him on the news the first time with his hair and a new beard and his sneaky smile. Pangs of jealousy clutched my stomach, and I had to walk away from the news that day.
Now, I have to face him again?
“You made me say no to him. You made me stay here,” I say, pointing my finger at Mom. “And now you want me to crawl back to him so I can get into Flyght? Are you mad?”
No one says anything.
Skylar shrugs at me. “We could try Ampla, but their terms are not as lucrative.”
“You don’t know how sorry I am,” Mom says, but I don’t want to hear it. I don’t think I’ve ever been so angry at her, at Dad, at everything.
“You’re going to have a hard time with either Ampla or Flyght,” Aunt Fusako says, flipping on her wristlet and gesturing to whatever she sees there. “They both have a long application process, and once you qualify, you have to submit to an interview every six months. I’m sending you the documents you need to study up on before you get going.”
My wristlet chimes, but I don’t check it.
I don’t know where things went so wrong in my life.
I lean forward and rest my head on my hands. This is a nightmare.
“Is this really my only option?” I ask, lifting my head. “Is there nothing else we can do?”
This time, Dad steps forward and comes to kneel beside me, taking my hands in his. “Vivi, this isn’t just the only option, it’s the best possible option. Not only will you be making contacts with influential people, but we’re hoping you’ll meet men you want to settle down with.” He kisses my fingers, and my heart melts. “Many someones who will bring joy not only to you but to the whole family.”
He stands up, and I wipe away a few tears before I look up at him.
“You will make us proud. I’m sure of it.”
Translation, “Your brother already fucked up big time.”
Now, I have to clean up after him. 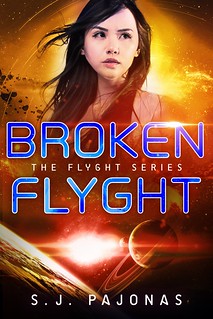 Fallen heiress, ship’s captain, entrepreneur — Vivian will do whatever it takes to restore her family’s empire, even if it means sacrificing her own happiness…Broken Flyght (The Flyght Series #2) is releasing on October 4, 2019. You can pre-order it now:
– Goodreads
– Amazon
– Barnes & Noble
– Kobo
– iTunes
– Google Play
– All links 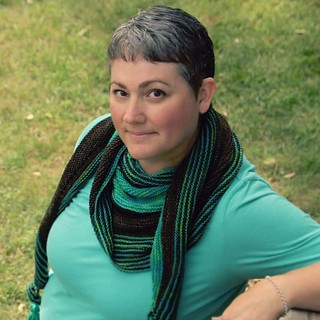 About the Author:
Stephanie (S. J.) is a writer, knitter, amateur astrologer, Capricorn, Japanophile, and USA Today Best Selling author. She loves foxes, owls, sushi, yoga pants, Evernote, and black tea. When she’s not writing, she’s thinking about writing or spending time outside, unless it’s winter. She hates winter. Someday she’ll own a house in both hemispheres so she can avoid the season entirely. She’s a mom to two great kids and lives with her husband and family outside NYC. They have no pets. Yet. When it comes to her work, expect the unexpected. She doesn’t write anything typical. Find her online at https://www.spajonas.com.

Giveaway
There is a tour wide giveaway for the bookstagram blitz for First Flyght. There is an international and US Only prize:Grand prize (US Only) that contains the following products (picture below):
1 signed paperback copy of FIRST FLYGHT
1 signed paperback copy of PIRATE NEMESIS by Carysa Locke
1 FIRST FLYGHT branded mug
1 stainless steel tea strainer
$15 gift card to Adagio Teas (adagio.com)
Plus a surprise Japanese treat!

For a chance to win, you can enter the rafflecopter below:
a Rafflecopter giveaway

One thought on “Blog Tour with Giveaway: First Flyght by S. J. Pajonas”