The Duke is But a Dream by Anna Bennett 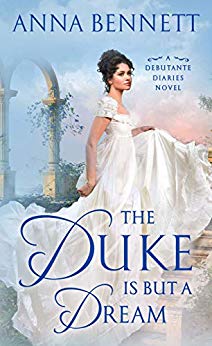 She’s a secret sensation.
Miss Lily Hartley is the anonymous mastermind behind the ton’s latest obsession: The Debutante’s Revenge, a tell-all advice column for young ladies. To keep her identity hidden, Lily delivers her columns disguised as a boy—which is well and good, until she lands in the middle of tavern brawl. As luck would have it, a devastatingly handsome duke sweeps in to rescue her.

He has no idea who she is.
Eric Nash, Duke of Stonebridge, discovers there’s a beautiful woman hiding beneath a lad’s cap, and, before long, he’s falling for the delightfully clever stranger recuperating in his house. He vows to help her find her home, even though he’s reluctant to part with her. There’s only one problem…

Neither does she.
Lily has no idea who she is. She could be a duchess or maid. Betrothed or married. There’s only one thing she does know—that her attraction to Nash is more than skin-deep, and it grows stronger every day. While Lily and Nash search to find her true identity, they just might lose their hearts to each other…

The Duke is But a Dream is an enjoyable read. Good writing flow and likable characters. I liked the chemistry between the two main characters as well as the relationships between all the female characters. It has an amnesia plot line which I haven’t read in a while. Kept me interested through the end.

ARC received by Publisher via Netgalley 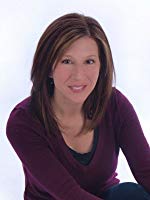 ANNA BENNETT started swiping romances from her mom’s bookshelf as a teenager and decided that books with balls, dukes, and gowns were the best. So, when she had the chance to spend a semester in London she packed her bags—and promptly fell in love with the city, its history, and its pubs. She dreamed of writing romance, but somehow ended up a software analyst instead.

Fortunately, a few years and a few careers later, Anna found her way back to writing the stories she loves and won the Romance Writers of America’s Golden Heart®. She lives in Maryland with her husband and three children, who try valiantly not to roll their eyes whenever she quotes Jane Austen.