Earl of Benton by Madeline Martin 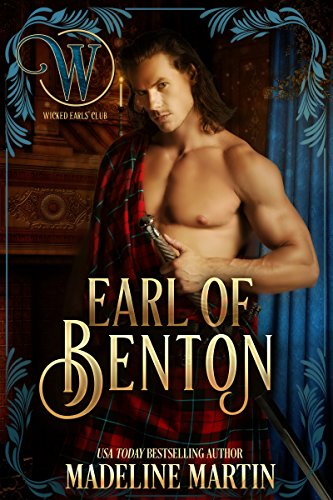 HIS ACTIONS COULD BE TREASON…
Alistair Johnstone’s days of running whisky come to an abrupt halt when he inherits an earldom. After years of living in Scotland and denying his English heritage, he now must return despite his mother’s bitter contempt and his own lack of desire. When his mother’s attempt to run whisky goes awry, Alistair is forced to step in and save her by doing one last whisky run – however, if he’s caught, he will face a traitor’s death.

SHE IS RUNNING FOR HER LIFE…
Emma Thorne’s uncle is trying to kill her and so far has failed, thank goodness. But with only one month until she reaches her majority, inherits her fortune and is released from his guardianship, she knows she is not safe. Emma escapes to a nearby estate where she stumbles upon a house party being held by the Wicked Earls’ Club and finds herself at the mercy of the most extraordinary earl. One who could save her or see her condemned.

PERHAPS THEY CAN SAVE EACH OTHER.
When innocent lies become reality and danger follows them every step of the way, could love be the answer to both their problems, or will their passions be their undoing? 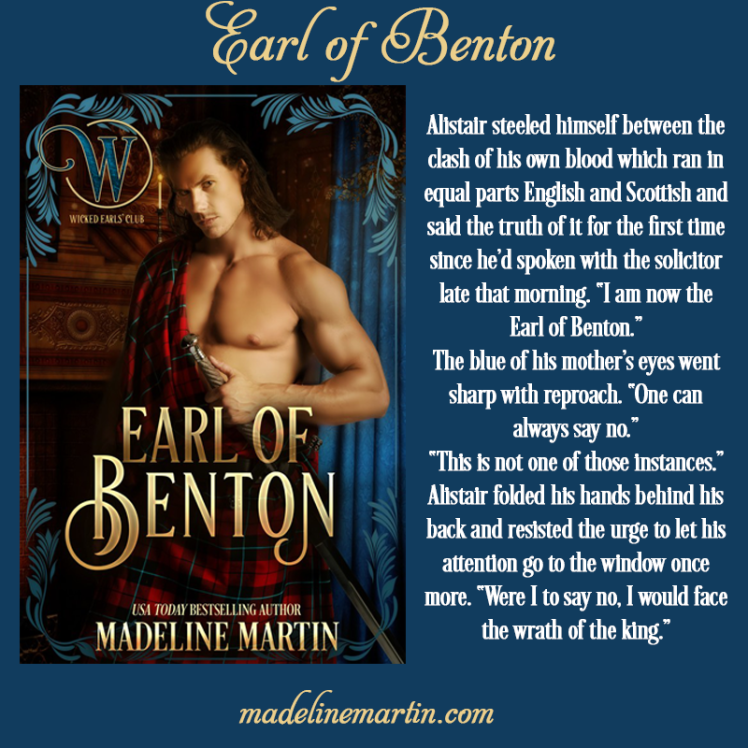 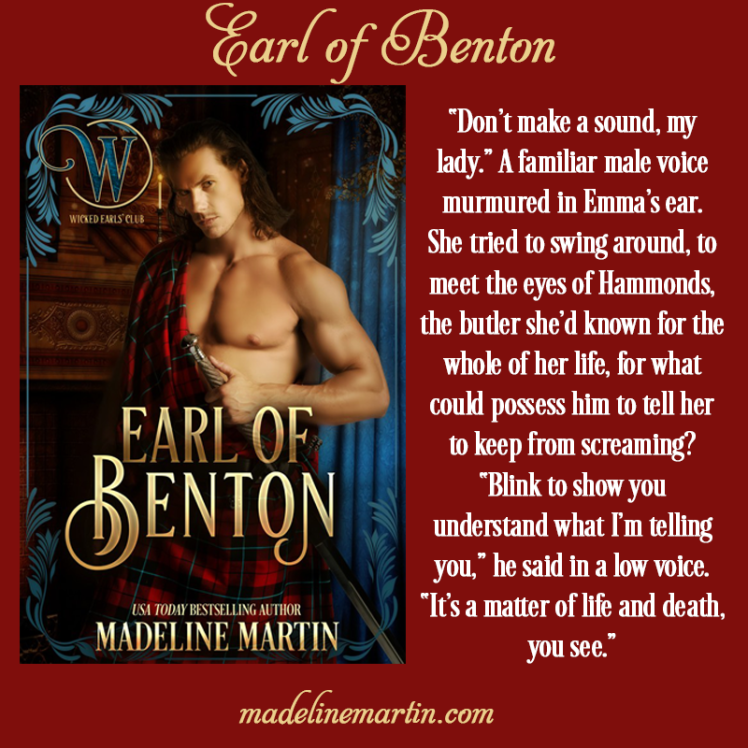 “It would appear we both have our secrets.”

A fast-paced adventure of trust and falling in love. Filled with murder, villains, suspense, and a slow building romance., Characters were interesting and had my attention quickly. Well written and a good addition to the Wicked Earls Club series.

Madeline Martin is a USA TODAY Bestselling author of Scottish set historical romance novels. She lives a glitter-filled life in Jacksonville, Florida with her two daughters (known collectively as the minions) and a man so wonderful he’s been dubbed Mr. Awesome. All shenanigans are detailed regularly on Twitter and on Facebook. Madeline loves animals in sweaters, cat videos, wine and Nutella. She also loves connecting with her readers, so feel free to follow her on any one of her social media platforms, or send her a message.

One thought on “Book Review: Earl of Benton by Madeline Martin”