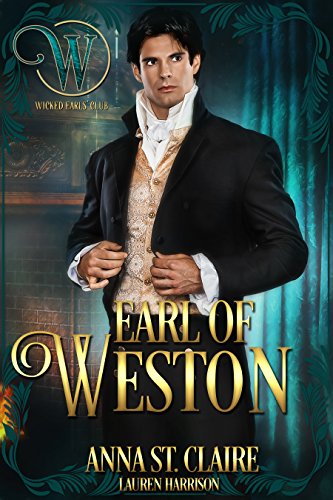 Edward Hunter, confirmed bachelor, comes home from an assignment with the Crown to find his brother killed, and his father dead from grief. He is now the Earl of Weston, a position he never wanted. While searching for leads to his brother’s murder, he finds himself forced to attend ton entertainments he normally would have avoided.

Hattie Longbottom is an aging, sheltered spinster who spent her bloom caring for her invalid parent. With the death of her mother, she is forced to leave her home. Because she refuses to separate from her beloved parrot, Archie, her only option is to travel to Eynsham and live with her brother and his family. The journey to his estate wakes Hattie up to the harsh realities of life outside of her little village.

In less than a day, and with the help of her vociferous bird, an unfortunate series of mishaps threatens to ruin Hattie. Can a reluctant earl revenge his brother’s murder and save a spinster in the process?

While she might be an aging, religious, sheltered spinster, after a few mishaps, Hattie is coming into her own. She really steals the show because she is not the typical heroine character. I love that Edward thought she was a hoot and couldn’t stop thinking of her. Edward is a rogue but deep down he’s really a caring, considerate man who is grieving, and feeling a bit guilty of his brother’s death. A forced marriage really benefits these two who are the definition of opposites attract. Archie the parrot is unexpected delight. There were a few inconsistencies that threw me off a little, so if you’re a stickler for no errors and perfectly written historical novels, you may find fault with this one. I did enjoy it and thought it was a fun read.

“Were you not recently at the Roaring Lion Inn?” Edward could not resist enquiring.
The unprepossessing female looked up and squinted at them, her upper lip almost touching her nose from the effort, but said nothing. Instead, she kept walking.
“Bugger! Whoremongers!” the bird crowed the words.
“Archie, please be quiet.” The woman tapped the cage with her free hand.
“Archie? His name is Archie?” Bergen’s tone was teasing.
“Yes, do you find that amusing, my lord? I confess that I am at a loss as to why the name Archie would be humorous to you. He is my long-time companion, and a wonderful friend,” she replied defensively.
Edward cleared his throat. “Mayhap we can be of assistance, my lady.” Somewhat belatedly, he had realized that her polished accents, as well as her clothing, even as mud-stained as they were, were Quality. Her dull brown hair hung in disarray about her pale cheeks, and he was reminded that her hair had been in a severe chignon when he last saw her. The loose hair softened her appearance considerably, he noticed.
“Whoremongers!” Archie filled in the silence.
“Archie! Please, hush.” The woman’s face blazed with embarrassment. “I fear I must apologize for his chatter. He is nervous.”
“May we inquire your destination, miss?” Bergen offered. “This would not be the best road for a lady to be traveling…” His throat worked. “…with a parrot.”
“I have had an abominable day already, thank you,” she answered tartly. “I hope you are enjoying yourself at my expense, my lord. For your information, I was abandoned by the stagecoach, which left with all of my belongings, except for Archie. I did not get a chance to eat, either, due to…” She broke off with a cough. “Well, you know what prevented me from doing so.” The lady continued walking without turning to look at either rider.
Edward stayed quiet, considering. They certainly could not allow her to walk along this road. Highwaymen were known to frequent this road, aided by the thick trees and brush that flanked both sides of the road for long stretches at a time.
“Perhaps we could start by introducing ourselves, since we lack some acquaintance to perform this office.” He hoped this would not be a mistake he would regret. “My name is Weston,” he said, “and this is Lord Bergen.” Signaling to his friend, he stopped his horse and dismounted. Bergen followed his lead and they began to walk alongside the lady and her outlandish bird.

The Earl of Sussex by Tammy Andresen

Earl of Westcliff by Meara Platt

Earl of Wainthrope by Collette Cameron

Earl of Sunderland by Aubrey Wynne

Earl of Basingstoke by Aileen Fish

Earl of Davenport by Maggie Dallen

Earl of Grayson by Amanda Mariel

Earl of Benton by Madeline Martin

Earl of Pembroke by Lauren Smith

Earl of Harrington by Dawn Brower 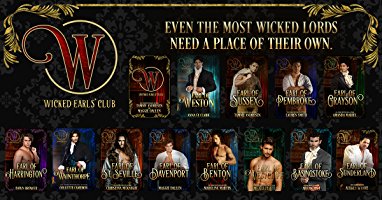 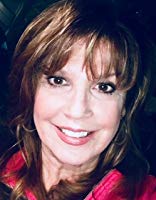 Anna St. Claire is an avid reader, and now author, of both American and British historical romance. She and her husband live in Charlotte, North Carolina, where their once empty nest has a cat and two dogs. They have recently become grandparents – and have two beautiful granddaughters. Anna relocated from New York to the Carolinas as a child. Her mother, a retired English and History teacher, always encouraged Anna’s interest in writing, especially, after discovering short stories Anna would write in her spare time. Her fascination with history and reading led her to her first historical romance, Margaret Mitchell’s Gone With The Wind. The day she discovered Kathleen Woodiwiss’ books, Shanna and Ashes In The Wind, Anna was hooked. She read every historical romance that came her way. Today, her focus is primarily the Civil War and Regency eras, although Anna enjoys almost any period in American and British history. She would love to connect with any of her readers at annastclaireauthor@gmail.com.

One thought on “Book Review: Earl of Weston by Anna St. Claire”