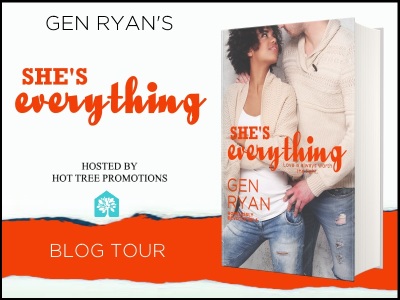 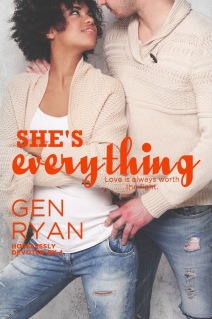 Suffering loss and dealing with unexpected news, Parker Matthews is at a crossroad in his life. He knows the path he must take, but the journey to recovering from PTSD is one he doesn’t know he can travel.Despite her heartbreak, Arya Danvers needs to let go of the man she loves. She knows it might be the only way he can heal.

Both Parker and Arya must fight for their relationship and their future if they hope to have their happily ever after. After all, love is always worth the fight.

The conclusion to Parker’s story from More Than Words. 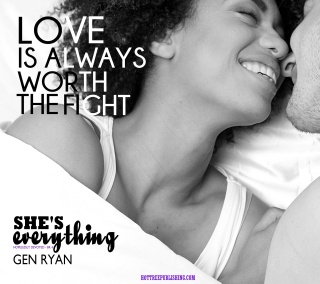 I was waiting by the front door as soon as my parents told me that Justin was coming over to drop off Nicholas so he and Mona could go see a movie. He’d been dodging my questions about how Parker was doing and what he’d said to him. It was driving me crazy. My mind had gone to some pretty dark places thinking of all that Parker was probably going through. And I wasn’t there. I made that choice, and since I walked out that door, I’d regretted leaving. What did that say about me, that I left him when things were so bad? Did that make me a horrible person? Depression I could live with. Even help him through. But when I walked in on those pills lined up, the thought of him taking his life scared me. It wasn’t just about me anymore, because I would have stayed. It was about our child and ensuring that they got the life they deserved.
I moved to the front window and peeled back the curtain to get a better look. The curse of being short was that I could barely see out the front door window.
“Arya, get away from the window. The neighbors will think you’re crazy.” My mother laughed. Draping her arm around my shoulder, she gave me a squeeze. “Don’t you want to help me bake some brownies?” My weakness, baking. Just when I was about to agree, I saw Justin’s car pull into the driveway.
“I will. As soon as I get information out of Justin.” I swung open the front door and glared at him as he walked toward me.
“If looks could kill….” Justin winked while Nicholas cooed in his arms.
“You’re lucky you’re holding my nephew.” I snickered.
“Not for long.” My mother bypassed us and stole Nicholas away. “Come on, baby. Let’s go make some brownies and let your aunty yell at your daddy.” We watched as they walked down the hall to the kitchen and were out of earshot.
“Arya, listen, I didn’t kill him. He’s safe. Just like I said a thousand times via text message.” Justin held up his hands and took a step back.
“How did he look though? Did he get out of bed?” I may have walked out on Parker but my feelings for him were stronger than ever. I wanted him to get better and to see that there was life outside of the depression he had been living in for the greater part of his life.
Justin’s arms flew up in frustration. “Jesus Christ. He looked like a man who lost his sister. Who’s struggling, but going to do what it takes to get better. Let the man do what he needs to do to prove that he’s everything you deserve.” Justin rubbed his face and sighed.
The anger I expected wasn’t there. I swallowed back the bubble of emotion, because he was right. I was being obsessive, but the last thing I wanted Parker to do was harm himself.
Damn. I hated when my brother was right.

~~~
The Hopelessly Devoted Series
When We Were Young
Book 1

books2read.com/devoted1
Out of Goodbyes
Book 2

Website I Facebook I Twitter I Goodreads
You can find Gen curled up reading paranormal romance and romantic thrillers or frantically typing her stories on her laptop.

Forensic psychology is her trade by day, teaching and molding the minds of college students. Her interest in psychology can be seen in her books, each including many psychological undertones. Although she loves teaching, her passion, her true love, lies in the stories that roam around in her head. Yes, they all come from her mind–the good, the bad, and the totally insane.Gen Ryan is an international best-selling author in multiple sub genres within romance. She lives in Massachusetts–no, not Boston–with her husband, daughter, and American Eskimo dog named Chewbacca. With each story she shares, she hopes her love for writing and storytelling seeps through, encompassing the reader and leaving them wanting more.