As the Liquor Flows by Angela Christina Archer

Black Tuesday, October 29, 1929, the day the stock market crashed, and the day Evelyn Ford will never forget. With the untimely death of her parents and the loss of their only income, Evelyn, and her brother, Frank flee to a make-shift hovel built in Central Park. After Frank mysteriously goes missing, bare cupboards force Evelyn to seek employment anywhere she can find work, even if that means working at a burlesque theater. Catching the attention of Don Vincent Giovanni, a Kingpin in the New York mafia, Evelyn discovers that Frank is serving time in prison for running hooch and he owes Vincent a lot of money. In order to pay off her brother’s debt, Evelyn is thrown into the world of mobsters and bootlegging. Between running hooch all over the city of New York and trying to save her brother, Evelyn finds herself drawn to Max Catalano, Vincent’s Consigliere. Even with secrets of his own, he’s the only one she can trust when she entangles herself in the middle of the New York mafia crime wars.

“A world of mobsters, guns, and hooch, a world of corruption and murder….”

As the Liquor Flows is an intriguing, engaging, suspenseful book. It’s fast-paced with plenty of excitement; the words fly off the page. Well-developed characters that come alive. Evelyn is an innocent as well as feisty as she courageously struggles to survive, trouble seems to find her wherever she turns.  Max is secretive but deep down you really hope he’s the good guy you want him to be. He’s the one person she can trust, and offers her comfort amongst the danger. Giovanni is just as dangerous you suspect a kingpin to be that he had me a bit nervous just reading about him. Full of unforgettable characters and wonderful descriptions. This is the first book I’ve ready by Angela Christina Archer and I really enjoyed it. Well written with a great story line.

I opened the box and a circle of sparkling diamonds glistened in the dim light of the hallway. A perfect necklace of crystal-clear jewels the size of peas with a centered diamond the size of a peanut. Fortune in a box that now trembled in my hand.

“Oooh.” The sound proved more of a gasp from my lips than an actual word.

“Turn around,” Max whispered as he grasped the box from me. His intense coffee color irises caught my breath, calming, and yet, unnerving my mind.

I slowly spun away from him.

The sound from the box slapping shut caused me to flinch as his hands lowered in front of me, draping the necklace against my skin.

His fingers tickled the back of my neck while he fastened the clasp. His touch shocked through me and as he stood mere inches behind me, his hot breath breezed across my bare shoulders.

My heart fluttered while the necklace lay against my collarbone. The gold and diamonds hung with an unexpected heaviness.

Max moved around me. “They look stunning on you.”

“But then again, I suppose anything would. You’ve been quite the topic downstairs. Everyone wants to know who the mysterious young lady is that Vincent is parading around on his arm.” He paused and clicked his tongue against his lips. “Don’t say that I blame them. I’d want to know, too.”

“Mysterious? No one has ever thought of me as mysterious.”

“Well I have no idea why you would.”

“Is it not obvious to you?”

“Not one woman has ever rebuffed Vinny’s affections. They fall to his feet. They desire him because of his clout or because of his money. They are excited when in his company. They love when other women envy them. They’re thrilled, they’re in love, and they gush. And you don’t do any of that.”

A soft laugh snorted through my nose. “Sounds like I’m foolish, instead of mysterious.”

“I’m trained to read people like books.” He heaved a deep sigh. “But with you . . . you’re just like no other book. 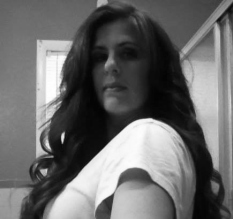 Growing up in Nevada, reading was always a pastime that took second place to trail riding and showing horses. When she did find the time in her youth to curl up with a book, she found enjoyment in the Saddle Club Series, the Sweet Valley High series, and the classics of Anne of Green Gables, The Box Car Children, and Little House on the Prairie. Although, writing always piqued her curiosity, it wasn’t until September 2009 that she worked up the courage to put her passion to paper and started her debut novel. With a love of history, it wasn’t hard for her to decide to pick Historical Romance for her preferred genre. Angela lives on a ranch with her husband, two daughters, and many farm animals. When she’s not writing, Angela spends her days from dawn to dusk as a stay at home, homeschooling mom. She also works in her garden and takes care of her many farm animals, as well as loves to bake and cook from scratch. She doesn’t show horses anymore, but she still loves to trail ride her paint horse, Honky, as well as enjoys teaching her daughters how to ride their horses, Sunny and Cowboy. In December 2014, Angela launched Long Valley Press, her personal publishing house for her titles. You can visit her website at http://www.angelachristinaarcher.com or http://www.longvalleypress.com for more information or sign up for her newsletters today to receive monthly updates and weekly sales, freebies, and new releases! http://angelachristinaarcher.us14.list-manage.com/subscribe?u=86990eebbcb8a130dc1608fe9&id=c63de5e5eb