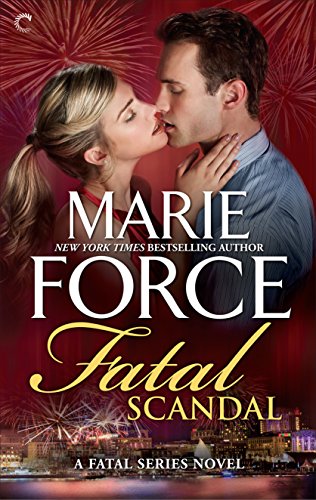 As a new year dawns in the capital city, dual scandals rock the Metropolitan Police Department—and Lieutenant Sam Holland is right in the middle of them. Chief Farnsworth is catching heat for the way he handled a recent homicide investigation, and Detective Gonzales is accused of failing to disclose an earlier connection to the judge who decided his custody hearing.

When Gonzo’s fight for his child turns deadly and he has a shaky alibi, Sam must defend two of her closest colleagues. All while her husband, Vice President Nick Cappuano, settles into his new office at the White House.

Nick begins to wonder if the president is using him for a political boost, and his worries mount over a complication in the plans to adopt Scotty at a time when Sam is being put through the wringer by the always-rabid DC press corps. As the evidence against Gonzo piles up, Sam suspects someone is gunning for her—and her team.

Someone is targeting Sam Hollands’ department.

When reading books and giving them a Five Star rating, I want a great story. I want to be surprised, engaged, and entertained. And in a weird way I want to be disappointed that the book has ended and I still want more. I want to still think of the story for days after. Five Stars means I’m going to keep this book and reread it (many times).  Fatal Scandal is more than a Five Star rating to me.

Fatal Scandal deals with multiple scandals affecting the MPD and those close to Lieutenant Sam Holland. She has a lot on her plate to quickly clear those involved while adjusting to changes that come with her husband’s new job.  Her husband Nick begins his new job as the Vice President of the US and has his own worries and issues to deal with. As usual, Nick is more than capable of juggling everything and keeping Sam calm, assured, and his number one priority.  This book kept me in suspense and had me laughing, crying, gasping, and smiling. The ending is perfect. It is amazing how much Marie Force packs into the story that spans one week.

The Fatal series is a romantic-suspense series based in Washington, DC with recurring characters.  The main characters are HOT, SEXY, and STEAMY. Fatal Scandal is my favorite in the series (yes, I’ve said that before but it’s true). I love how Marie keeps us updated with all the characters without taking away from the main characters or current story. The “background” characters and their stories are woven into the story so seamlessly.

You can read this book as a stand-alone, but I feel you most benefit from starting from book 1 – Fatal Affair. I’ve read the entire series at least 5 times-it’s that good!

Her goals in life are simple—to finish raising two happy, healthy, productive young adults, to keep writing books for as long as she possibly can and to never be on a flight that makes the news.