A Homage to the Bronte Classics (The Bronte Brothers, Book 1) 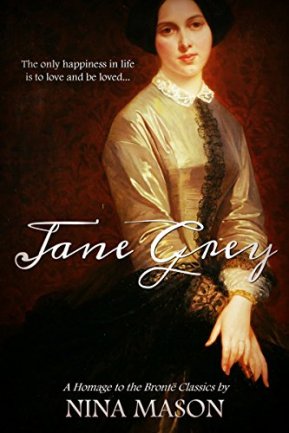 Matthew Brontë, a true romantic at heart, believes the only happiness in life is to love and be loved. And yet, he fears he lacks the capacity to love…until he meets Jane Grey. Jane, a humble English governess, seems perfect for Matthew, apart from one significant snag: Jane can only marry a man of means and Matthew must give up his fortune if and when he marries. When faced with the choice between love and money, which will each of them choose?

“He’s not what he pretends to be.”

Very well written, descriptive, and a clearly researched historical romance. I was thoroughly engrossed in Jane Grey. While I greatly enjoyed the two lead characters, Matthew and Jane, I also took delight in Cecile. She gave the story a little bit of extra sass as she did whatever she desired despite how it affected others. Usually those type of characters annoy me but she was just so entertaining to read. Emotions come off the page as Matthew and Jane’s relationship takes form amidst the dilemma of love or money; the challenges and sacrifices for love. A novel that will take you back in time and put romance back in your reading.

Note:  Special thank you to Nina Mason for gifting me a copy of Jane Grey via a Facebook event/party. I wasn’t quite sure if I would enjoy it or not, but it was gifted to me, so I always make an attempt to read and review. This was a surprise read; not a typical book I would pick up but so glad I gave it a go because I really enjoyed it. I hope you give it a try too! ~ Lisa 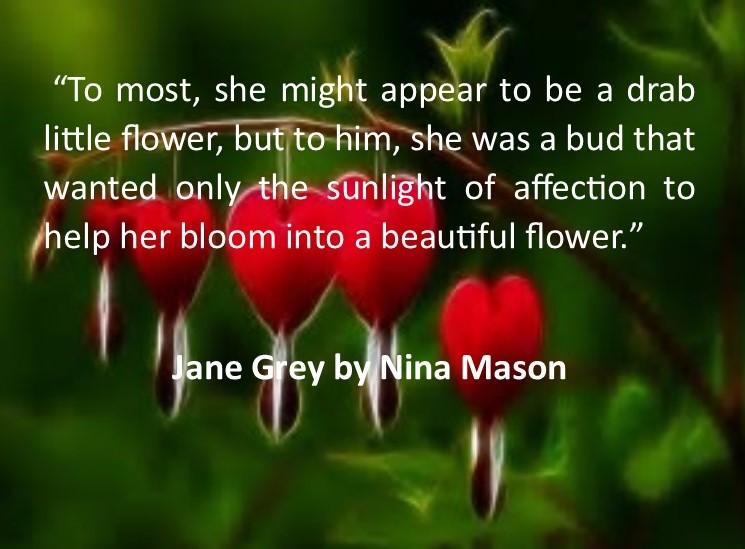 Nina Mason is an incurable romantic who strives to write the same kind of books she loves to read: those that entertain, edify, and educate. Born and raised in Southern California, Ms. Mason currently lives with her family in Woodstock, Georgia. When she isn’t writing, she sculpts historic figures and fairy babies.