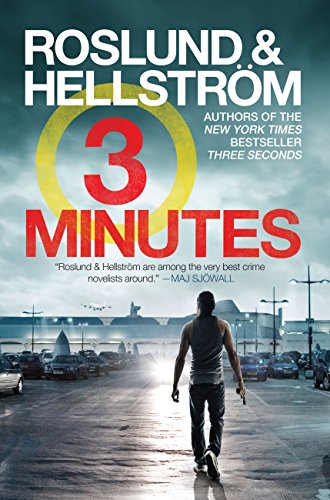 Presumed dead by the Stockholm police, master criminal and undercover informant Piet Hoffmann is now on the run from the Swedish authorities, living with his wife and two young sons under an assumed name in Cali, Colombia. Only Hoffmann’s former police handler, Erik Wilson, knows where he is–and that he has accepted two dangerous new jobs: one as a high-level enforcer for a Colombian cocaine cartel and one as an infiltrator for the DEA, working to bring the cartel down. The FBI even lends credence to his cover story by adding Hoffmann’s alias to the Most Wanted list. But when the Speaker of the House is kidnapped by the cartel during an official visit to Colombia, everything changes–fast. Hoffmann is party to the highest-profile political kidnapping in years and therefore directly in the firing line in what is quickly dubbed the “Final War on Drugs.” Suddenly, the Most Wanted list becomes a kill list and the DEA cuts off all contact on orders from the top, leaving Hoffmann and his family stranded. Hoffmann must walk a delicate line as he tries to protect his young family and keep up his dual role as a cartel enforcer and a deniable intelligence asset for the US government. It soon becomes clear that his only chance at getting out alive is to rescue the Speaker of the House and bring him back to the States–but to do it he’ll need the help of Ewert Grens, the stubborn, dogged Stockholm detective who hasn’t forgotten Hoffmann since the explosive showdown in Aspsas prison years ago.

3 MINUTES is fast moving international suspense thriller. Roslund & Hellstrom sixth book unfolds around corrupt politicians, drug cartels, police who seem to turn away for criminal activity, and the life of a criminal who has escaped to Columbia.  Protagonist Piet Hoffman takes his wife and two sons to Columbia from Sweden to avoid a long prison sentence. Piet in known as El Sueco works for two opposing forces, body guard to El Mestizo of the Columbian cocaine cartel and an undercover agent for DEA.

Piet’s primary focus is his family’s safety as he works with criminals, corrupt politicians, and law enforcement both good and bad.  In addition to dealing with the illegal drug traffic, the authors add the kidnapping of the Speaker of the House.  The Speaker is on a mission to avenge his daughter’s death from drug usage. Metizo and members of his cocaine cartel capture and torture the Speaker.

Piet (El Sueco), always walking a tight rope while working to protect his family and himself as he is aware his number seven on a list to be eliminated by the United States. Roslund & Hellstrom grab their readers’ attention as they increase the action building the suspense and intrigue at the turn of each page.  They place their readers on Piet’s shoulder as he sees helping save the speaker and potential way to ensure the safety of himself and his family.   The pace of the storyline continues to increase keeping readers guessing as what will happen next.

The authors share Piet backstory and his dealing with his contact within the United States government including the Vice President, his staff and those who know of his connections to law enforcement.  He has to balance each decision with the precision of walking a tight rope.  They keep their readers on pins and needles to the very complicated ending.  3 MINUTES earns my five-star ranking, and a must read recommendation.

Anders Roslund and Börge Hellström are the authors of 5 bestselling books in Sweden.

Roslund is a professional journalist and creator of Sweden’s number one cultural TV program Kulterkanna.

Börge Hellström is an ex-criminal who founded a criminal rehabilitation program in Sweden.