A naïve college freshman’s introduction to the segregated South.

Coming of age story where Stephen Mitchell, a naïve Californian, encounters betrayal, murder, bigotry, segregation, suicide, among other things during his first year at a small church college in Tennessee.   Serpents and Doves is set in the mid 1960’s amidst Vietnam and the Civil Rights movement. His freshman year of college was definitely a different experience for him leaving him feeling battered and disgusted with humanity. He ends his first year of college uncertain if he would return.

This is the first book I have read by G. Lloyd Helm. Not a typical book I would have selected but Mr. Helm graciously supplied me a copy of the book to read and review and I’m so glad he did. The characters were well written and believable. Serpents and Doves gave me a glimpse into what it was like in the segregated South from someone who was not exposed to. It gives you a different view of the 1960’s; while it touches on the big events (ie Vietnam, Civil Rights) it gives you a personal view. And just like Stephen, I found it an eye opener. A good and recommended read.

Quoted from the Dedication page:

“Behold, I send you out a sheep in the midst of wolves, therefore be wise as serpents and harmless as doves.”

The mid-60’s were turbulent:  the Vietnam War, Protests, the Civil Rights movement, and the sexual revolution. Stephen Mitchell, a naive California church boy goes off to school at a small church college in Tennessee where he learns about sex, betrayal, friendship, and what it meant to be black in the segregated South. 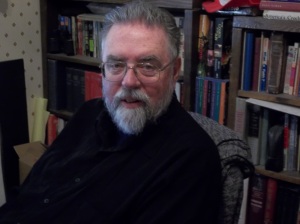 L. Helm is ne’er do well scribbler who has travelled the world on the strength of his wife’s love and patronage. His epitaph will read, “He married well.”

G. Lloyd Helm has been writing for 40 years, having published poetry in a wide variety of magazines and newspapers including “The New York Poetry Anthology,” “Stars and Stripes News,” “The Los Angeles Times,” “The Antelope Valley Press,” and “The Antelope Valley Anthologies,” among others.

… Has published short stories and memoirs both in the US and in England in such journals as “Pligrimage” which published the memoir “Football” in spring 2005, and a second memoir “4 April, 1968” in the winter of 2008. He has published short stories in “Citadel” the literary magazine of Los Angeles City College,” “Delivered Magazine,” which is based in London, “Short Story Library,” The University of S. Illinois’ “Eureka Literary Magazine,” “Tales as like as not,” and London’s “Black Gate Magazine.” Recently published “Even Up” a Civil War Ghost story at http://www.ruthlesspeoples.com, an English on line magazine, and the short story “A Lovely Elephant” in “Delivered Magazine” an English fiction journal. “The Other Fellows Shoes,” Pulp Empire III, Metahuman Press, Cedar Rapids, IA Nov. 2010. Is being published in an on line experiment from Alfie Dog Publishing in England. May 2012.

…Has published three novels in the F&SF field, 1) OTHER DOORS, From MousePrints Publishing, and 2) DESIGN from American Star. 3) WORLD WITHOUT END from Rogue Phoenix Press, http://www.roguephoenixpress.com OTHER DOORS, originally published in 1997, was published electronically by Rogue Phoenix Press in July 2010. Also Published a literary Romance novel called SOMETIMES IN DREAMS, from Siren’s call. Most recently a volume of short stories called TRAIN WHEELS, FLYING SAUCERS, AND THE GHOST OF TIBURCIO VASQUEZ. Many of these stories appear on the Alfie Dog site.

One thought on “Book Review: Serpents and Doves by G. Lloyd Helm”