DANGER IN NUMBERS by Heather Graham

This Spring, Heather Graham returns with a sultry and shocking standalone thriller about an FBI special agent trying to run from his past and a state police agent bent on solving a horrifying crime, even if it leads the two of them into the web of a vicious cult. Graham deepens the intrigue and raises the stakes in DANGER IN NUMBERS (MIRA Hardcover; March 23, 2021; $27.99).

On the edge of the Everglades, a brutal murder and an eerie crime scene set off an investigation that sends two agents deep into a world of corrupted faith, greed and deadly secrets.

A ritualistic murder on the side of a remote road brings in the Florida state police. Special Agent Amy Larson has never seen worse, and there are indications that this killing could be just the beginning. The crime draws the attention of the FBI in the form of Special Agent Hunter Forrest, a man with insider knowledge of how violent cults operate, and a man who might never be able to escape his own past.

The rural community is devastated by the death in their midst, but people know more than they are saying. As Amy and Hunter join forces, every lead takes them further into the twisted beliefs of a dangerous group that will stop at nothing to see their will done. 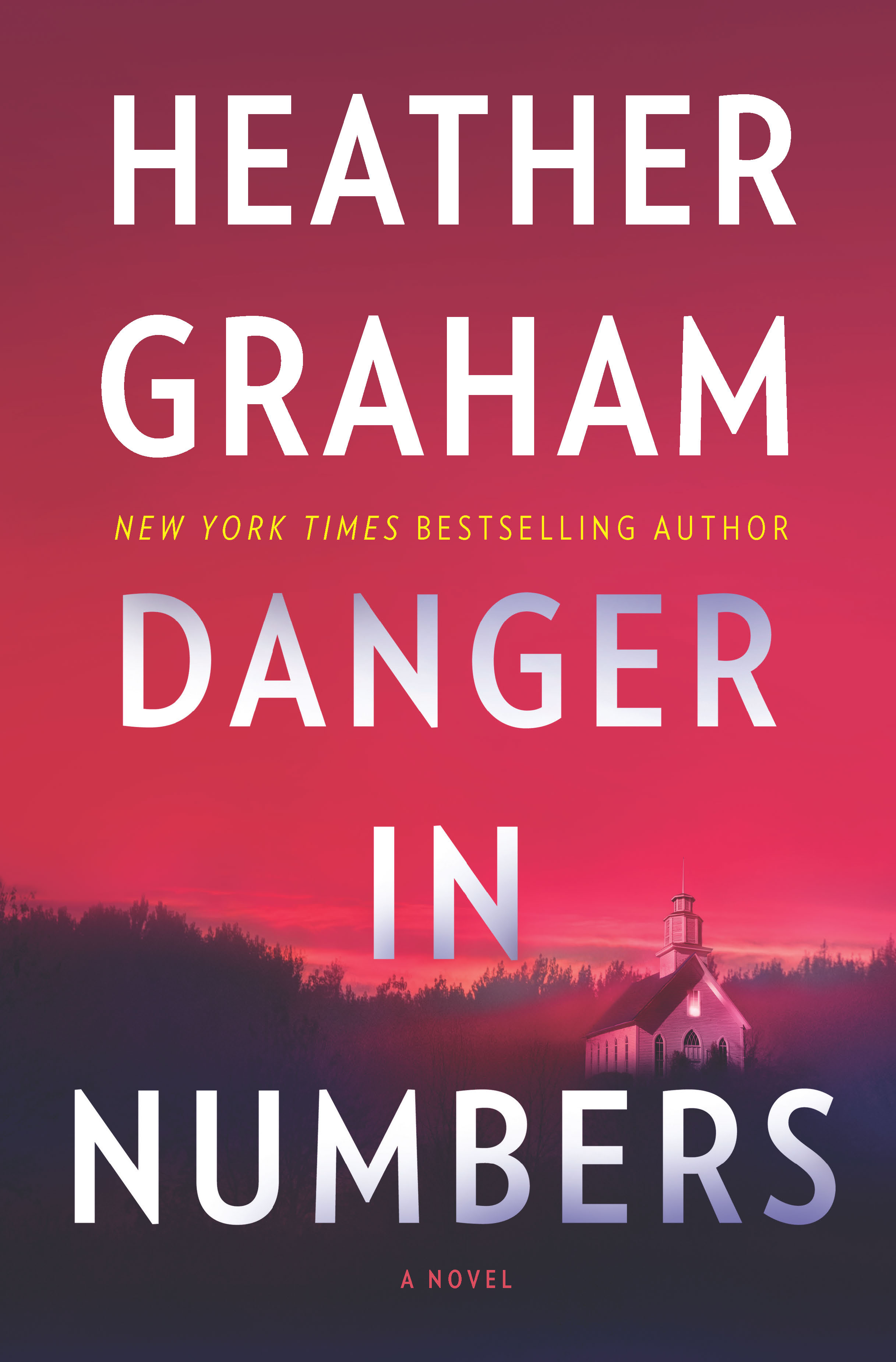 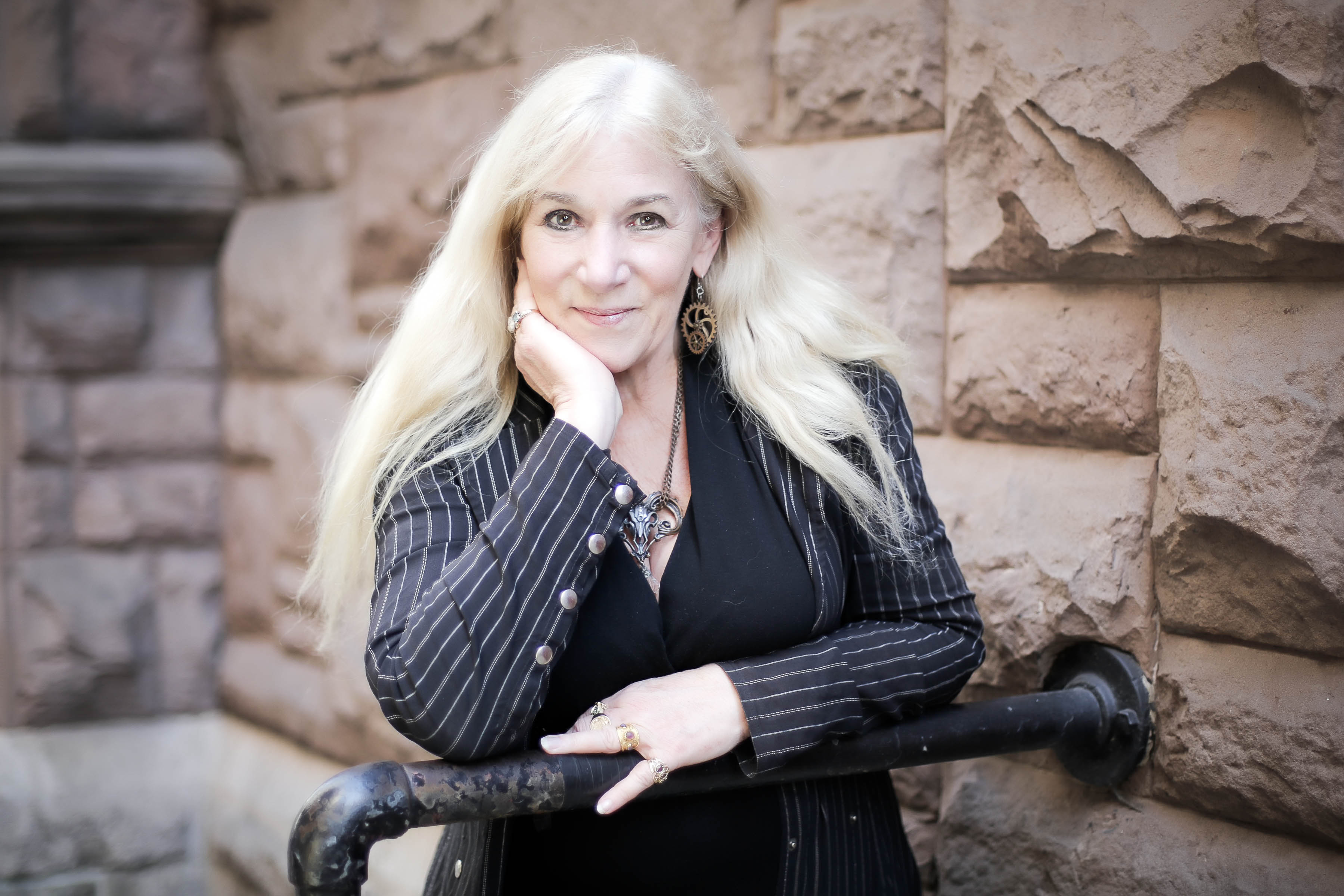 Heather Graham is the New York Times and USA Today best-selling author has written over two hundred novels and novellas, has been published in approximately twenty-five languages and with about 60 million books sold in print in the categories of romantic suspense, historical romance, vampire fiction, time travel, occult, and Christmas holiday fare. For more information, visit her at TheOriginalHeatherGraham.com.

Sam Gallagher stood in the forest, deep within the trees, holding his wife and son to him as closely as he could, barely daring to breathe.

They would know by now. He and Jessie would be missed. He could imagine the scene: Jessie wouldn’t have appeared bright and early to help prepare the day’s meal with the other women. He wouldn’t be there to consume the porridge and water that was considered the ultimate meal for the workday—the porridge because it was a hearty meal, the water because it was ordained as the gift of life.

Their absence would be reported to Brother William, sitting his office—his throne room, Sam thought—where he would be guarded by his closest associates, the deacons of his church.

The family had only been in woods for a few minutes, but it seemed like an eternity. Jessie was so still Sam couldn’t hear her breathing, just feel the tremor of her heart.

Cameron was just six. And yet he knew the severity and danger of his situation. He stood as still and silent as any man could hope a child might be.

What if Special Agent Dawson didn’t come? What if there had been a mix-up and he hadn’t been able to arrange for the Marshals Service to help?

What if they were found?

Stupid question. He knew the what if.

He gritted his teeth and fought against the fear that had washed over him like a tidal wave. Dawson was a good man; Sam knew he would keep his word. He’d arrived at the commune undercover, having the intuition to realize Sam’s feelings, his doubt, and his fear for his wife and his son. Together, Dawson had told him, they would bring down the Keepers of the Earth. His actions would free others. No, their actions would free others.

Today was the day. Just in time. Sam had known the danger of remaining, felt the way he was being watched by the Divine Leader’s henchmen.

They had to leave. Leave? No, there was no leaving the compound. There was only escaping.

Alana Fisk had wanted to leave, and they knew what had happened to her.

It had been Cameron who had found his beloved “aunt” Al- ana’s body at the bottom of the gorge, broken, lying beneath just inches of dry dust and rock, decomposing in her shallow grave. It had been Cameron, so young, who had become wary and suspicious first. He’d seen a few of the older boys in the area when he’d last seen Alana there, and he didn’t trust them. They were scary, Cameron said.

Sam tightened his hold on Cameron. Seconds ticked by like an eternity.

Sam closed his eyes and wondered how they had come to this, but he knew.

He and his wife had wanted something different. A life where riches didn’t make a man cruel.

Jessie hadn’t hated her father; she had hated what he stood for. And Sam knew the day when her mind had been made up. Downtown Los Angeles. They had seen a veteran of the Vietnam War, homeless, slunk against a wall. Only one of his legs remained; he had been struggling with his prosthetic, his cup for donations at his side. The homeless veteran had looked at Jessie’s father and said, “Please, sir, help if you can.”

Peter Wilson had walked right by. When Jessie had caught her father’s arm, he had turned on her angrily. “I didn’t get where I am by giving away my hard-earned money. He’s prob- ably lying about being a vet. He can get himself a damned job doing something!”

Sam had been walking behind them. Embarrassed, he tried to offer Jessie a weak smile. He hadn’t come from money, and he had lost his folks right after his twentieth birthday, but he was working in a coffee shop, dreaming he’d get to where he could work, go to college and have time left over to be with the woman he loved.

He had given the man a dollar and wished him well. Jessie had turned away from her father.

It was the last time Jessie saw her father. Despite the man’s efforts to break her and Sam up—or because of them—Jessie and Sam had eloped. The plan was to both get jobs and finish college through night school. Her father had suspected her pregnancy; he’d wanted her to get over Sam and terminate the baby.

Jessie quickly made friends at a park near their cheap apartment. They were old f lower children, she had told Sam. Old hippies, he’d liked to tease in return. But those friends had been happy, and they’d talked to Jessie about the beauty of their commune, far from the crazy greed and speed of the city.

In the beginning, Brother William’s commune did seem to offer it all: happiness, unity, love and light.

But now they knew the truth.

Brother William—with his “deacons,” his demands on his “flock” and the cache of arms he kept stowed away as he created his empire, demanding absolute power for himself, complete obedience among his followers. And it became clear Brother William’s will was enforced; he had those deacons—Brothers Colin, Anthony and Darryl, and the squad beneath them. They received special treatment.

Sam clutched his family as he strained to hear any unfamiliar sound in the woods. Was that footsteps? Was the rustling of branches just the breeze?

He had to stop dwelling on fear.

He had to stay strong. Maybe not ruminate on what they’d been through.

But there was nothing else to do while they waited, barely breathing.

Think back, remember it all.