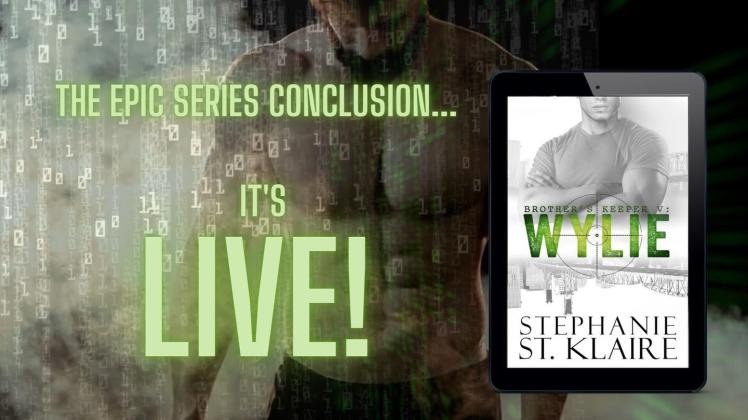 The O’Reilly brother’s are off the grid and taking things to the next level. Someone is coming for them… all of them. Wiley O’Reilly will break from the pack to save his brothers, and the woman he loves to hate, in the epic conclusion that will make you question everything you thought you knew.

Just when you think the world of Brother’s Keeper Security can’t get anymore tangled— prepare to be buried beneath an avalanche of secrets and lies.

The fearless heir to the infamous Valdez cartel has been working undercover with the brothers to bring down her corrupt family and destroy her father’s legacy of death and destruction. But his ties run deep… deeper than any of them could have imagined.

Following the dangerous trail leads to dirty dignitaries and greedy government officials, who will keep their secrets silenced at all costs, leaving Eva and the brothers caught in the crosshairs.

Wiley will sacrifice everything to clear his family’s name and bring Eva home where she belongs… with him.

Everything has been leading to this moment. Every case, every lie… unfolding before them as the truth surfaces from behind the grave.

Amidst murder and mayhem, Eva and Wiley fight to avenge the O’Reilly name and uncover a threat that could destroy them all. 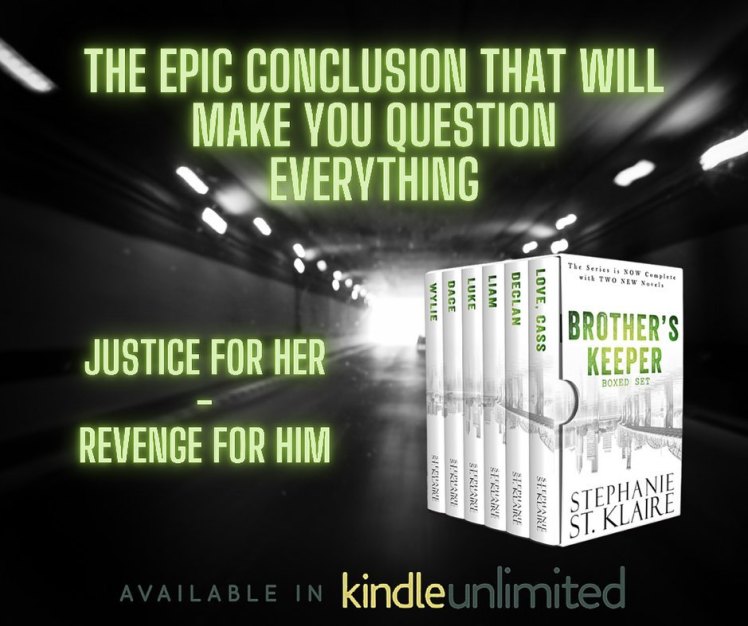 It’s the EPIC conclusion that will make you question everything!

​Dirty dignitaries and greedy government officials will keep their secrets silenced at all costs and Eva and the brothers find themselves caught in the crosshairs.

​This final installment will have your pulse pounding and jaw dropping when the ultimate SERIES plot twist crosses the pages!

“The hunters are now being hunted” is what the fifth and final book in the Brother’s Keeper series is centered around. It focuses on the youngest brother, Wylie, and Eva who is working undercover with the brothers. It’s a high energy, faced paced read that has you turning the pages. This story, and entire series, is a lot to absorb so it’s worth taking your time and read it. There are twists and you just don’t know who is friend or foe. Right up to the end you don’t know who to trust. It’s the end of this wonderful series, but there’s a lot more coming from author which will tie loosely on this series (as did the McKenzie Ridge series). 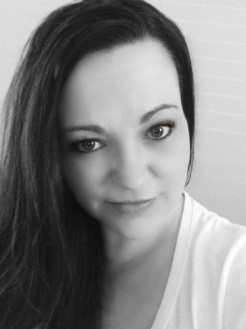 Stephanie St. Klaire is a Pacific Northwest native currently living in Portland, Oregon with her husband, five children, and two ferocious lap dogs that are used to the finer things in life like sleeping all day. When she isn’t writing, she can usually be found with a plate full of taco’s, a side of bean dip, and probably some gummy bears while being a little bit hippy and a lot bit busy mom’ing and wife’ing.

​When she’s not tossing around gritty crime show inspired serial killers and diabolical bad guys, she likes to make people pee their pants a little with a good romcom. Sometimes, her worlds collide, and she writes really funny stuff right before she kills people off on the pages! She loves murder and mayhem as much as a good laugh and HEA! That’s why she’s a die-hard Hallmark junky but loves her gritty crime shows – balance!

​Stephanie has always been a story teller, with the gift of “gab”, and a life-long goal to be a writer. Unfortunate circumstances with her health, finally afforded her the time to do so. Irony at its best, she began writing her first novel at an adverse time, to escape her circumstance and explore the stories in her imagination for relief. She is happy to share those stories with her readers, and bring a little fun, entertainment, and of course smexy characters to the pages.

​Follow Stephanie St. Klaire on Social media to learn more about her, how often she really eats taco’s, and to keep up with her work.