The New Husband by D.J. Palmer

The New Husband is a riveting thriller about the lies we tell ourselves from D. J. Palmer, the author of Saving Meghan.

Just because you love someone doesn’t mean you know them.

Nina Garrity learned that the hard way after discovering that her missing husband, Glen, had been leading a double life with another woman. But Glen’s gone—presumably drowned while fishing on his boat—so she can’t confront him about the affair or any of his other misdeeds. A year and a half after the accident, Nina considers herself a widow, even though the police never found a body. Following a chance encounter with Simon Fitch, a teacher from her daughter Maggie’s middle school, Nina finds love again and has hopes of putting her shattered life back together.

Simon, a widower still grieving the suicide of his first wife, has found his dream girl in Nina. His charm and affections help break through to a heart hardened by betrayal. Nina’s teenage son, Connor, embraces Simon as the father he wishes his dad could have been, but Maggie sees a far darker side to this new man in their lives. Even Nina’s good friends wonder if Simon is supremely devoted—or dangerously possessive.

But Nina is committed, not only to her soon-to-be new husband but also to resuming her former career as a social worker. Before she can move forward, however, Nina must first clear her conscience that she’s not making another terrible choice in a man. In doing so, she will uncover the shocking truth: the greatest danger to her, and her children, are the lies people tell themselves. 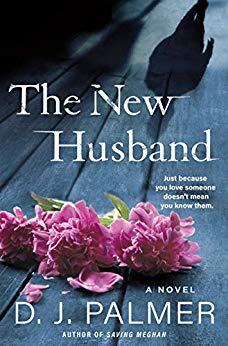 “Just because you love someone doesn’t mean you know them”

The New Husband is paced and plotted pretty well. The beginning was laid out well. When I got to about the halfway mark of the book, the story really got moving. I couldn’t stop reading. It got twisted, the danger level rose, it was intense. All the characters were well defined but the character of the 13 year old daughter Maggie and her friend Ben really shined.

Daniel Palmer is the USA Today bestselling author of ten critically acclaimed suspense novels. He published his first novel, DELIOROUS, after a decade-long career in e-commerce, where he helped launch first generation websites for major online retailers including Barnes & Noble and Dicks Sporting Goods. Following the success of Daniel’s publishing career, he founded DAY IN THE LIFE MEDIA, a video production and communication company committed to helping brands identify their brands heroes so they can tell stories in a way that directly impacts the bottom line. A recording artist, accomplished blues harmonica player, and lifelong Red Sox fan, Daniel lives in New Hampshire with his wife and two children.