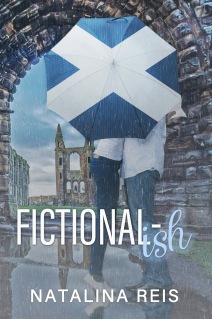 A stand-alone romantic comedy set against the background of Scottish small towns and locks that will make you laugh, cry, and definitely melt your heart.
Livie Dunn, bookworm and aspiring bookstore owner, has been in love with her best friend ever since he dropped a bug down her shirt in primary school. She never stopped hoping that one day he’d realize they were made for each other.
Until Mia got in the way.
Kyle Huang has been taught to always do the right thing. But when that involves ostracizing his best friend by marrying her childhood nemesis, Mia, life as he knows it derails and crashes.
Suddenly, their happy ever after seems like a broken dream, especially when Livie moves across two continents to open a bookstore in Scotland.
To salvage a love that seems all but lost, Kyle must come to terms with his own bad choices and hope that Livie is willing to forgive and help him face his demons—a task that is anything but simple. Will he be able to reignite her love or will he lose it all?

“ARE YOU CRAZY?” My mum was not known for subtlety. She was also one of the few women left on the planet who wore giant rollers at night. She looked like a weird cartoonish character as she followed me around the house. Gesturing frantically, a telltale sign of her Italian ancestry, she almost crashed into my back when I suddenly stopped by the bed.
“Mum, I’m going and that’s that.” I dropped the pile of sweaters I was carrying into the suitcase on top of the bed. “It’s an amazing opportunity, a dream come true. Nothing you can tell me will change my mind.”
“But Scotland? Why so far? Couldn’t you just open a bookstore here in good old Australia?” I turned around to pick up some more clothes, and Mum blocked me in a move that would put a rugby player to shame. “It’s because of Kyle, isn’t it?”
I evaded her and managed to reach the dresser. “I couldn’t care less what Kyle does or does not do. If he chooses to ruin his life by marrying that bitch, it’s his prerogative. Life goes on.” Even if my heart was crushed into a powder and blown into the winds. “He made his choice. Now I’m making mine.”
Mum was not going to give up easily. “But you’ve been best friends since you were little. And what happened between you and Mia? You were such good friends.” How could she be so clueless?
In anger, I turned around so fast I almost knocked her off her feet. “Don’t be daft, Mum. Mia and I have never, ever been friends. Ever.” I enunciated each sound for effect. “I’ve hated her with a passion from the moment I first met her, and the sentiment is totally mutual.” My mum blinked and stumbled backward just enough for me to realize how shocked she was. “She’s been trying to outdo me forever, and she has won this war—she got Kyle. If he’s dumb enough to marry her, then they deserve each other.”
With pain and frustration boiling in my chest, I plopped myself on the edge of the bed and burst out crying. Damn! This was the last thing I wanted to do. But the tears wouldn’t be denied. They kept forcing their way out until they poured like a salty waterfall over my cheeks.
My mother sat next to me and slid an arm over my shoulders. “I’m so sorry, honey. I had no idea.” She patted my back with her usual awkwardness. She had never been very good in situations like this, one of the reasons I didn’t usually confide in her. “What’s wrong with Mia? She always seemed like a nice girl.”
I swore I heard a bone crack when I snapped up my head. “She’s a psychotic, manipulative bitch who will do anything to get her way. Everybody knows that except her parents, Kyle, and apparently you and Dad.” She blinked in dismay. “I’m going to Scotland, Mum. There is nothing left for me here.” I realized I was being cruel to her. After all, I was leaving my parents behind, but at that moment I was also furious at them. How could they both be so blind to believe that devil’s spawn was my friend? It would have been funny if it wasn’t so tragically sad. 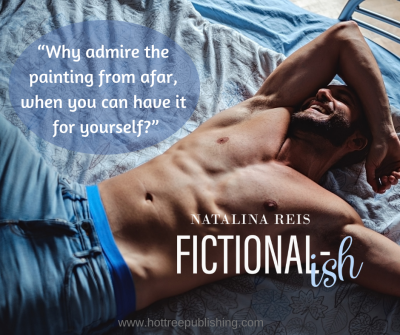 Website | Facebook | Twitter | Goodreads | Amazon | Instagram
Author of We Will Always Have the Closet, Desert Jewel, and Loved You Always, Natalina wrote her first romance in collaboration with her best friend at the age of 13. Since then she has ventured into other genres, but romance is first and foremost in almost everything she writes.After earning a degree in tourism and foreign languages, she worked as a tourist guide in her native Portugal for a short time before moving to the United States. She li

ved in three continents and a few islands, and her knack for languages and linguistics led her to a master’s degree in education. She lives in Virginia where she has taught English as a Second Language to elementary school children for more years than she cares to admit.

Natalina doesn’t believe you can have too many books or too much coffee. Art and dance make her happy and she is pretty sure she could survive on lobster and bananas alone. When she is not writing or stressing over lesson plans, she shares her life with her husband and two adult sons.

One thought on “Blog Tour w/Excerpt: Fictional-ish by Natalina Reis”