The Lies We Tell Ourselves, an all new romantic standalone from Michelle Heard, is available now! 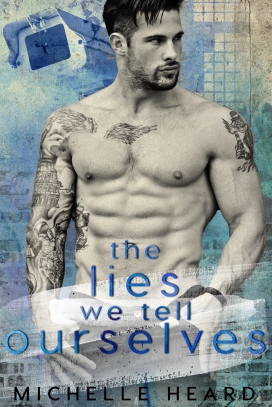 I’m at the end of my rope, planning a wedding with the man who has become a threat to my sanity.

Everybody tells lies, but no one knows the truth we hide behind closed doors.

That’s until Alec is hired to watch my every move.

I thought the man threatening my mother’s life was my biggest problem. But he’s not.

Alec Taylor’s sharp gaze and ruggedly beautiful smile are quickly becoming a danger to my heart.

An accidental touch has me wondering what if.

Little do I know he’d end up showing me the truth to the lie I’ve been living.

What if I dare hope that Alec is the one truth amongst all the lies I tell myself? 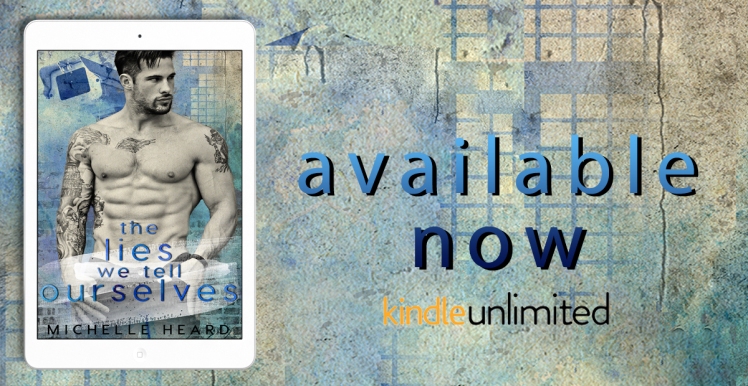 Download your copy today or read FREE in Kindle Unlimited!

“I’m pretty sure you’ve set the world record for takin’ the longest time to drink a beer,” Wyatt’s voice comes over the earpiece.

“Well,I have to come to this dump every damn night to look like a regular just in case Roberts asks around about me. At this rate,I’ll be an alcoholic by the time we wrap things up.”

Picking up the glass I take another sip of the bitter liquid before letting my gaze casually roam over the crowd.

I don’t let my eyes rest on the table where the other officers are sitting. They’ll be responsible for picking a fight with Clay Roberts once he shows. From watching Roberts, we know he comes to this bar every Tuesday night to meet with his father’s old partner, Joe Randall.

“You sure this is gonna work?” I mumble.

“Yeah, it’s the only way to win Clay’s trust. You need to get close to him and savin’ his ass is the quickest way.”

I let out a sigh. My ass is about to fall asleep from sitting on the hard stool.

As the minutes tick by I go over all the details of the operation. The Lyman, Duncan, and Welford Police Departments work in close partnership with the Spartanburg Sheriff’s Office to take out the prison gangs who run meth labs from various trailer parks. The prison gangs are known to bounce around until they get busted. But we’ve all had enough and decided to go for the head of the snake, Clay Roberts. His father is doing time for supplying and distributing product, and with a little luck,Clay will be joining his old man soon.

We have officers from each department working this case. From Lyman,it’s Officer Wyatt Holden, and Detectives Aiden Holden and Zac Hutches. I’m the only detective from Spartanburg. From Welford,there are another two officers, but they’re working behind the scenes on all the intel we have.

I’m going undercover as a drifter looking for a job while Wyatt will be my eyes and ears on the outside. One wrong move and months of planning could go down the drain.

“A black Range Rover just pulled up. Checkin’ the plate for you,” Wyatt suddenly says, snapping me out of my bored daze.

Wearing worn boots, faded black jeans, and a white t-shirt with a black long sleeve over it, I blend in with the crowd. I haven’t shaved in a couple of days, soI look scruffy.

“It’s Clay Roberts. Get ready,” Wyatt confirms. “There are only two guards, so it should be easy.”

I immediately recognize Roberts when he walks into the bar then focus my eyes on the beer in front of me.

The officers give Roberts time to order a drink and find a place to sit before they make their move. Waiting until I hear a commotion behind me, I casually look over my shoulder.

Roberts is standing by a table and wiping a spilled drink off his shirt while Nick, one of the officers, pretends to drunkenly stagger into him. A guard grabs hold of Nick’s shoulder, giving him the perfect opportunity to throw a punch.

I get up as the fight escalates and start to walk toward the group of men. Luck is on our side because random men join the fight and soon fists are flying everywhere.

“No matter how much I think about this, I’m pretty sure there’s an easier way,” I mumble before I duck to avoid a fist being thrown my way. Stepping to my left, I shove a guy away from me and then it’s time to go into action.

I sprint and jumping, I knee a man in the back, then use the momentum of his body falling forward to slide over him, and at the same time throw a punch at the guy he was fighting which clears the way for me to where Roberts is.

Roberts’ eyes widen from seeing me in action, and he takes a step backward. I see the confusion on his face when I don’t attack him like I’m sure he expected, but instead swing my elbow back and into a drunk idiot’s face.

I notice a guy coming up behind Roberts and quickly dart forward. Grabbing hold of Roberts’ shoulders, I push myself up so I can flip my body over his. Before my feet even touch the ground, I kick at the attacker’s knee so his legs will buckle under him, then bring my knee up into his face. The blow renders him unconscious, but unfortunately,I’ve drawn attention to myself.

As a group of guys closes in on us, Roberts’ grabs hold of my arm.

I glance at him while trying to keep an eye on what’s happening around me. All this will be for nothing if I let some drunk ass take a swing at me.

“Get me out of here, and I’ll make it worth your while,” Roberts’ sayshis voice tight from either panic or fear, or both.

“Yeah?” I say, then quickly block a blow before slamming my fist into the guy’s jaw.

“One thousand dollars,” Roberts’ shouts while pointing to somewhere behind me. I bring my elbow back, and it connects with whoever was stupid enough to stand at the back of me. “Two thousand,” Roberts says, his eyes darting wildly around the bar.

“Deal.” I smile as I say the word, then grab hold of Roberts’ arm. “Stay right behind me.”

Turning to face the brawling crowd, I look for the quickest way out. The front entrance is pretty much a no go, so I start to make my way towards the back.

While averting punches being thrown my way, I make sure to keep my voice low so Roberts won’t hear as I ask Wyatt, “I’m takin’ him out the back entrance. Is it clear?”

Not wasting time, I pull Roberts closer and steer him through the crowd while blocking all the blows coming our way.

When I finally push Roberts through the back door of the bar, I hold my hand out to him.

Roberts combs his fingers through his hair, straightening his appearance then smiles at me.

“You’ve got some skills. Where did you learn to fight like that?”

Making eye contact with him, I grin while replying, “I worked at a martial arts center after school and picked up things along the way.”

Growing up I spent all my free time learning any form of martial arts, so for this cover,I’m sticking to the truth as much as possible, reducing the chances of being caught out by a lie.

Roberts reaches a hand out to me. “Clay Roberts.”

“Alec Kyle,” I reply while shaking his hand.

We decided I would use my first name while going undercover, and just to change my last name from Taylor to Kyle.

“I haven’t seen you around Lyman before,” Roberts says while looking me over. “Are you new in town?”

“Just passin’ through.” I keep the answer short knowing it will make Roberts curious about me.

His one eyebrow moves slightly up. “On vacation?”

“No, driftin’ from town to town, doing odd jobs,” I give him the golden nugget of info which will hopefully make him offer me a job.

“I don’t have the two thousand dollars on me right now.” Roberts takes a pen and business card from his pocket and writes his address on the back before holdingit out to me. “Why don’t you come by my place tomorrow to collect it?I’d like to make you an offer that would be beneficial to us both.”

I pretend to think it over before taking the card. “I’ll be there for my money.”

I walk away in the direction of the nearest motel and wait until I’m in my room before looking at the card. The front only has Robert’s name and a contact number. Flipping it over I seethe address.

“He gave me the right address,” I report to Wyatt who’s been surprisingly quiet.

“I knew you could fight, but damn, Dude, that was badass. I’d pay good money to see a fight between you and my brother,” Wyatt says, sounding impressed.

“Yeah? Is Aiden any good?” I ask as I walk over to the window and glance outside to make sure I wasn’t followed.

“Aiden can hold his own,” Wyatt remarks, butI hear the pride in his voice.

Having made sure I wasn’t followed, I say, “I’m comin’ out. Meet me around the back.”

I lock the door behind me and quickly jog around the side of the building. As I get there,Wyatt pulls up in the van, andI slip in before he drives to a deserted area, so we can finalize everything before I meet with Roberts.

Michelle Heard is a Bestselling Romance Author who loves creating stories her readers can get lost in. She loves an alpha hero who is not afraid to fight for his woman. 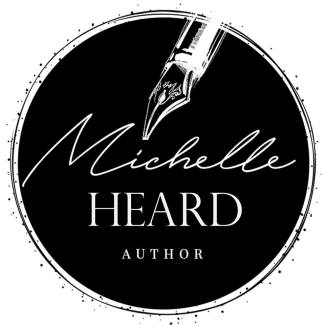