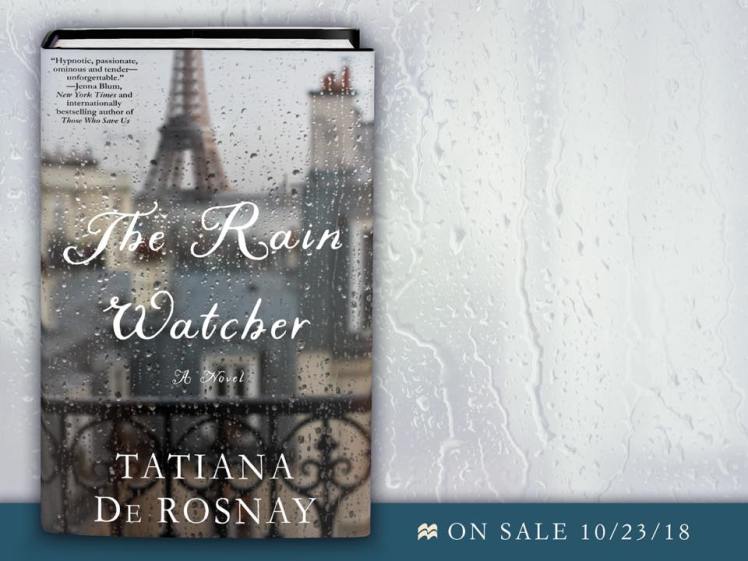 The first new novel in four years from the beloved superstar author of Sarah’s Key, a heartbreaking and uplifting story of family secrets and devastating disaster, set against a Paris backdrop, fraught with revelations, and resolutions.

Linden Malegarde has come home to Paris from the United States. It has been years since the whole family was all together. Now the Malegarde family is gathering for Paul, Linden’s father’s 70th birthday.

Each member of the Malegarde family is on edge, holding their breath, afraid one wrong move will shatter their delicate harmony. Paul, the quiet patriarch, an internationally-renowned arborist obsessed with his trees and little else, has always had an uneasy relationship with his son. Lauren, his American wife, is determined that the weekend celebration will be a success. Tilia, Linden’s blunt older sister, projects an air of false fulfillment. And Lindon himself, the youngest, uncomfortable in his own skin, never quite at home no matter where he lives—an American in France and a Frenchman in the U.S.—still fears that, despite his hard-won success as a celebrated photographer, he will always be a disappointment to his parents.

Their hidden fears and secrets slowly unravel as the City of Light undergoes a stunning natural disaster, and the Seine bursts its banks and floods the city. All members of the family will have to fight to keep their unity against tragic circumstances. In this profound and intense novel of love and redemption, de Rosnay demonstrates all of her writer’s skills both as an incredible storyteller but also as a soul seeker. 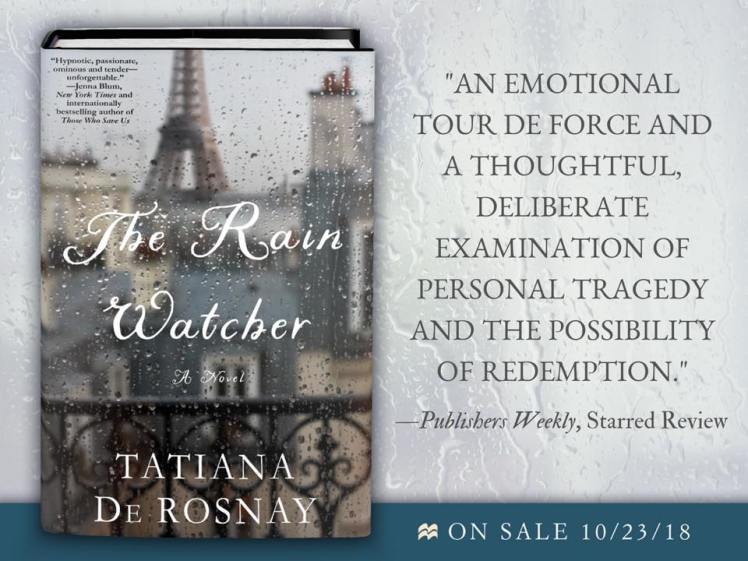 The Rain Watcher is a family drama set in Paris as the Malegarde family reunites just as Seine River is flooding. It’s a tale of a fractured family and is not a happy tale. The writing was wonderful and very descriptive. I found parts of the story engrossing and other parts not so much. I found myself at times skimming through. I was invested enough to keep reading pulled in by the description of the city in crisis.

Tatiana de Rosnay was born on September 28th, 1961 in the suburbs of Paris. She is of English, French and Russian descent.  Her father is French scientist Joël de Rosnay, her grandfather was painter Gaëtan de Rosnay.  Tatiana’s paternal great-grandmother was Russian actress Natalia Rachewskïa, director of the Leningrad Pushkin Theatre from 1925 to 1949. Tatiana’s mother is English, Stella Jebb, daughter of diplomat Gladwyn Jebb, and great-great-granddaughter of Isambard Kingdom Brunel, the British engineer. Tatiana is also the niece of historian Hugh Thomas.

Tatiana was raised in Paris and then in Boston, when her father taught at MIT in the 70’s. She moved to England in the early 80’s and obtained a Bachelor’s degree in English literature at the University of East Anglia, in Norwich. Returning to Paris in 1984, Tatiana became press attaché for Christie’s and then Paris Editor for Vanity Fair magazine till 1993. Since 1992, Tatiana has published 11 novels in France.  Sarah’s Key is her first novel written in her mother tongue, English.

Sarah’s Key was published in 40 countries and has sold over nine million copies worldwide. Kristin Scott-Thomas stars in the movie adaptation by Gilles Paquet-Brenner (2010). Tatiana published A Secret Kept (also written directly in English) in September 2010 in the USA. Called Boomerang in Europe, this book, written in English, is also an international besteller published in 15 countries and movie rights have been sold. She then published The House I loved, (in English, in 2012) which was also sold to numerous countries. Russian Ink (À l’encre russe) was published in 2013, and sold to 10 countries. Manderley Forever, a biography of Daphne du Maurier was published in France in March 2015 and then in Italy, Denmark, Holland and USA.

Tatiana is married and has two children. She lives in Paris with her family.