The Third to Die : A Novel by Allison Brennan 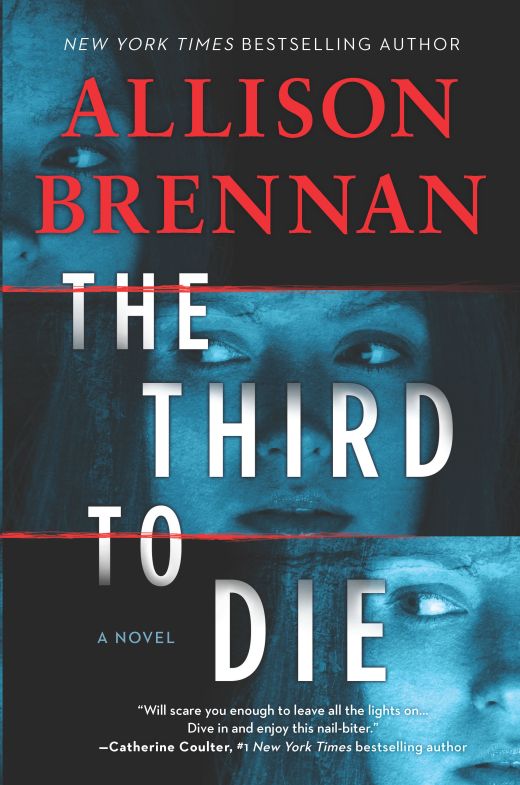 New York Times bestselling author and gifted storyteller Allison Brennan’s new standalone thriller features a troubled female police detective and an ambitious FBI special agent who wind up at the center of a ticking-clock investigation into a diabolical serial killer.

Brennan’s novel will launch a book-a-year series featuring a fabulous cast of recurring characters. It’s the story of a troubled female police detective and an ambitious FBI special agent who wind up at the center of a ticking-clock investigation into a diabolical serial killer; and the bond they forge in this crucible sets the stage for the future books in the series.

Detective Kara Quinn is visiting her hometown of Liberty Lake, Washington, after being placed on administrative leave by the LAPD, when she comes upon the mutilated body of a young nurse during an early morning jog. The manner of death is clearly ritualistic; she calls it in. Meanwhile back in DC, special agent in charge Mattias Costa is meticulously staffing his newly-minted Mobile Response Team. One of his first recruits is the brilliant FBI forensic psychologist Catherine Jones. When word reaches Matt that the Washington state murder appears to be the work of the Triple Killer–it will be the first case for the MRT. Jones has done the only profile on this serial killer, but she is reluctant to join the unit, still shaken by the death of her sister a year ago under circumstances for which she holds herself responsible. But only she holds the key to understanding the killer’s obsessive pattern–three murder victims, three deep slashes a piece, each three days apart, each series beginning on a March 3rd–3/3, then a three-year hiatus before he strikes again.

This time they have a chance to stop him before he claims another victim strikes, but only if they can figure out who he is and where is is hiding. 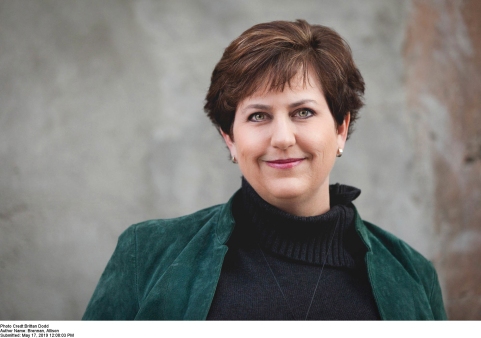 Allison Brennan is the New York Times and USA Today bestselling and award-winning author of three dozen thrillers and numerous short stories. She was nominated for Best Paperback Original Thriller by International Thriller Writers, has had multiple nominations and two Daphne du Maurier Awards, and is a five-time RITA finalist for Best Romantic Suspense. Allison believes life is too short to be bored, so she had five kids. Allison and her family live in Arizona. Visit her at allisonbrennan.com

His arms, up to his elbows, were slick with it. His clothing splattered with it. The knife—the blade that had taken his retribution—hung in his gloved hand by his side.

It was good. Very good.

He was almost done.

The killer stared at the blackness in front of him, his mind as silent and dark as the night. The water lapped gently at the banks of the lake. A faint swish swish swish as it rolled up and back, up and back, in the lightest of breezes.

He breathed in cold air; he exhaled steam.

As the sounds and chill penetrated his subconscious, he moved into action. Staying here with the body would be foolish, even in the middle of the night.

He placed the knife carefully on a waist-high boulder, then removed his clothes. Jacket. Sweater. Undershirt. He stuffed them into a plastic bag. Took off his shoes. Socks. Pants. Boxers. Added them to the bag. He stood naked except for his gloves.

He tied the top of the plastic, then picked up the knife again and stabbed the bag multiple times. With strength that belied his lean frame, he threw the knife into the water. He couldn’t see where it fell; he barely heard the plunk.

Then he placed the bag in the lake and pushed it under, holding it beneath the surface to let the frigid water seep in. When the bag was saturated, he pulled it out and spun himself around as if he were throwing a shot put. He let go and the bag flew, hitting the water with a loud splash.

Even if the police found it—which he doubted they would— the water would destroy any evidence. He’d bought the clothes and shoes, even his underwear, at a discount store in another city, at another time. He’d never worn them before tonight.

Though he didn’t want DNA evidence in the system, it didn’t scare him if the police found something. He didn’t have a record. He’d killed before, many times, and not one person had spoken to him. He was smart—smarter than the cops, and certainly smarter than the victims he’d carefully selected.

Still, he must be cautious. Meticulous. Being smart meant that he couldn’t assume anything. What did his old man use to say?

Assume makes an ass out of you and me…

The killer scowled. He wasn’t doing any of this for his old man, though his father would get the retribution he deserved. He was doing this for himself. His own retribution. He was this close to finishing the elaborate plan he’d conceived years ago.

He could scarcely wait until six days from now, March 9, when his revenge would be complete.

He was saving the guiltiest of them for last.

Yet his father just let it happen and did nothing about it! Nothing! Because he was weak. He was weak and pathetic and cruel.

Breathe. Focus. All in good time.

All in good time.

The killer took another, smaller plastic bag from his backpack. He removed his wet gloves, put them inside, added a good-sized rock, tied the bag, then threw it into the lake.

Still naked, he shivered in the cold, still air. He wasn’t done.

He walked into the lake, the water colder than ice. Still, he took several steps forward, his feet sinking into the rough muck at the bottom. When his knees were submersed, he did a shallow dive. His chest scraped a rock, but he was too numb to feel pain. He broke through the surface with a loud scream. He couldn’t breathe; he couldn’t think. His heart pounded in his chest, aching from the icy water.

But he was alive. He was fucking alive!

He went under once more, rubbed his hands briskly over his arms and face in case any blood remained. He would take a hot shower when he returned home, use soap and a towel to remove anything the lake left behind. But for now, this would do.

Twenty seconds in the water was almost too long. He bolted out, coughed, his body shaking so hard he could scarcely think. But he had planned everything well and operated on autopilot.

He pulled a towel from his backpack and dried off as best he could. Stepped into new sweatpants, sweatshirt, and shoes. Pulled on a new pair of gloves. There might be blood on the ATV, but it wasn’t his blood, so he wasn’t concerned.

He took a moment to stare back at the dark, still lake. Then he took one final look at the body splayed faceup. He felt nothing, because she was nothing. Unimportant. Simply a small pawn in a much bigger game. A pawn easily sacrificed.

He hoped his old man would be proud of his work, but he would probably just criticize his son’s process. He’d complain about how he did the job, then open another bottle of booze.

He hoped his father was burning in hell.

He jumped on the ATV and rode into the night.

One thought on “Upcoming Release w/Excerpt: The Third to Die by Allison Brennan”